You started at 8am. You don’t like the German motorways. Trucks traveling at 90 km/h and cars at undefined high speeds. You always worry about the speed of those coming behind when overpassing a truck.
Your first goal is to reach Amberg, after Nuremberg. Therein lies the site of WP for Germany, manufacturer of your shock absorber, and you hope to find there a harder spring.
The morning went well, despite a little rain. During a stop, LED lights on your dashboard to indicate a problem with the fuel injector. A long flash followed by three short. Everything had seemed to work well … Maybe an intermittent loose connection. You’re a little worried, but you will do with today.
You arrive at the office of WP in the early afternoon. The site must occupy twenty people. Especially a WP panel, but you feel a KTM site. Motorcycles in preparation. It leads you to Christian, the specialist for suspensions. You tell him your problem and he immediately looks for a solution.

But the springs they have in stock are only 80, 85 and 90 N/mm. And he did not stock other than 80, the stock one that is on your bike. Christian spends calls, searches the solution. There would be a spring in Holland at a third party. He also finds a place in Berlin to make the replacement, but he cannot reach the person. A spring must be replaced by a specialist because you have to be equipped with a press. As there is no immediate solution, he suggests you continue your way and leave you a message when it has the solution.
So you leave again towards Berlin. You take small roads. vAn impression of tranquility. You finally reach the highway because you do not want to arrive too late at your friends Berliners.
At one stop, you notice that you’ve lost the screw of one of your exhaust protections. You remove it completely before losing.
Berlin. You have the GPS coordinates of your friends and you go through the city with the compass. Reasonable traffic for a large city. The last kilometers are long.. Patrick and Jana live in one of these bars very long buildings. An old building dated of 1919. You met Patrick and Jana in Chile, while you were with your daughter Claire. They impressed you with their voluntarism. Patrick worked for a museum and Jana was a doctor. They had passed their motorcycle license just three months before leaving for a long trip through the Americas. No particular experience or motorcycle, or travel.
They have now returned to a sedentary life. You spend the evening talking travel. You do not lie too late as they begin their work early.

You always wake up early. You have many things to do on your computer. The apartment is nice. At least the two main rooms are very large. The bathroom is tiny. An old building with very high ceilings. The apartment has charm.
Finally, Christian WP warns you that the solution he thought he had found did not work. On your side, you find that Rally Raid, an English company, sells complete replacement shock absorbers. You decide to order one. The concern is that Thursday is a public holiday, and you do not want to wait for Friday to get it. In addition, Patrick and Jana will be absent by Wednesday afternoon.
You think your Russian teacher in France is native from Latvia. You contact her. She tells you that you can do to deliver the package to her sister in the Riga region. So you order the shock absorber…
This solution is fine, but very expensive.You’ll have to sell one of your shock absorber when you’ll get back.

You should have prepared the bike before you leave, but you did not have time. You need resolving problems at these early stages, as it is still possible.

Patrick arrived in the late morning. Jana will not return until tomorrow as she has a night shift at the hospital for 24 hours. After a few hours during which Patrick has yet to work, you go out to explore the city. They live in the former “East Berlin”, but just outside the wall. You see the memorial. You go to the Parliament. Berlin seems to you very green compared to Paris. Large spaces, often green. Many cyclists and their rides seems much easier than in French cities.
Rain disrupts your walk. You stop for a coffee. You end up doing some shopping before finding a restaurant for dinner. 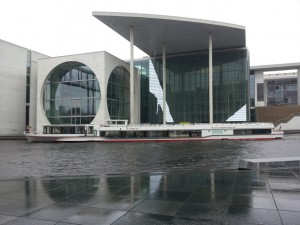 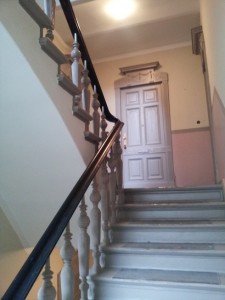 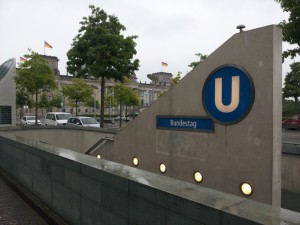 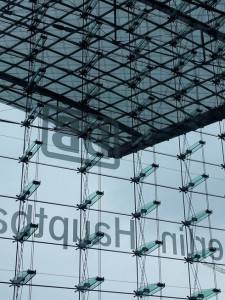 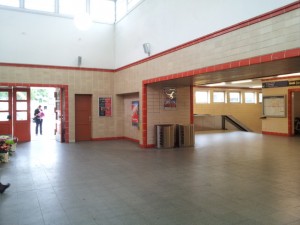 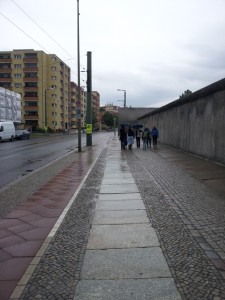 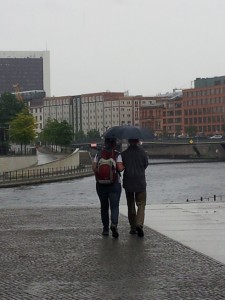 Again a bit of internet in the morning. You still have things to put in place for websites.
You eat breakfast when Jana arrives. Jana tells you about his work at the hospital. Germany has also financial problems that impact on the organization of the health system.
You found pictures of southern Chile, where you had met Patrick and Jana. The opportunity to revisit this period which was already wet.
You go in the early afternoon after refueling. You leave, promising you find yourself in Grenoble or here, with more time. Patrick guide you to the highway. You go in the rain.